A multitude of soft yellow, tidy, wax hexagons. A surface that’s soft and rough at the same time. A structure that’s both transparent and opaque; a honeycomb is a thing of beauty.

I’ve had a honey-filled honeycomb as a wallpaper on my computer for a few weeks now, and even though I picked it because it just was just nice to look at and nothing more, I am starting to become more and more interested in the beauty of the shape. 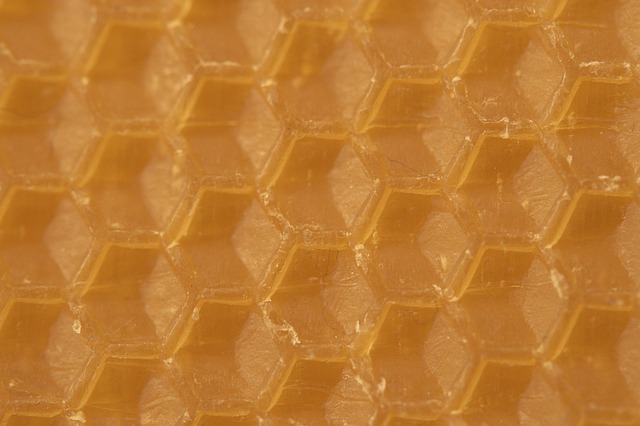 I don’t know what attracts me most to the shape of the honeycomb, if it’s the repetitiveness of the tiny hexagons, the honey-gold colour or the overall texture: it’s fragility and functionality.

For I while now, I’ve started thinking about ways in which I could bring this shape into my work table. 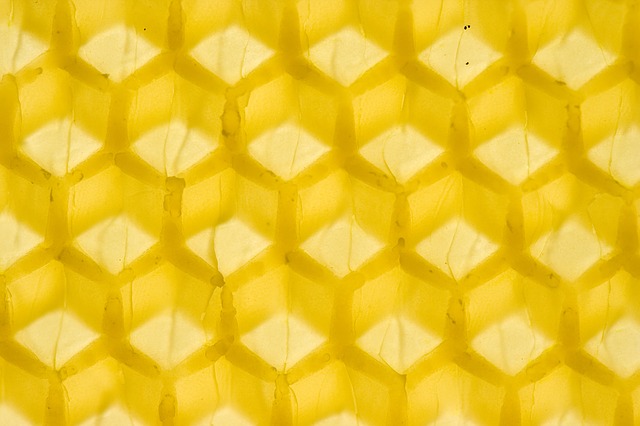 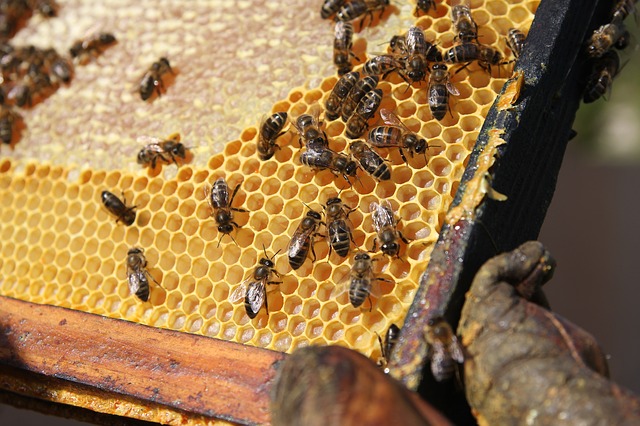 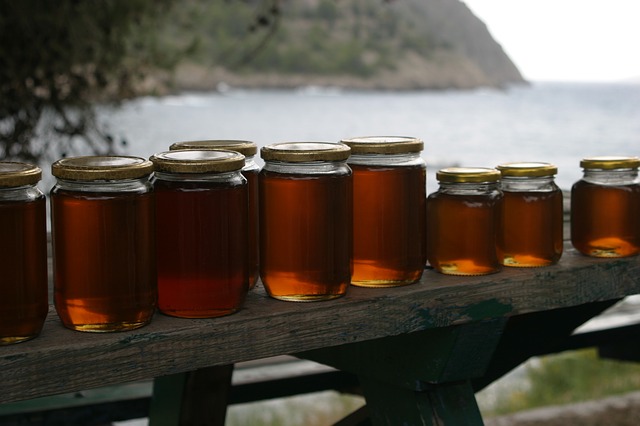 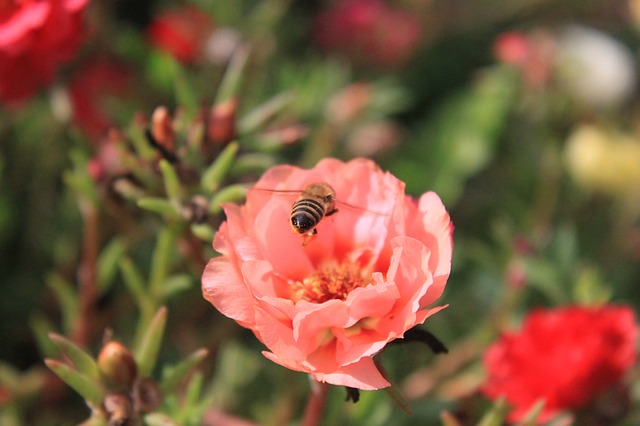 Embroidering yellow honeycombs on the collar of a shirt, smocking a yellow sundress (Dori  from Tumbling Blocks has a great honeycomb smocking tutorial) 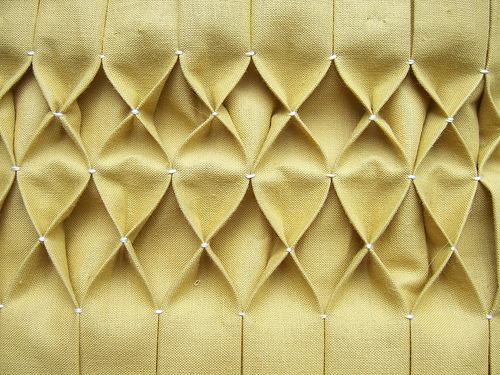 or stamping a honeycomb pattern on a scarf or a table-runner, all those are things I’d like to try.

This sponge-print table runner project from Celebrations looks super pretty and also easy to make. One could do the same with a rug. 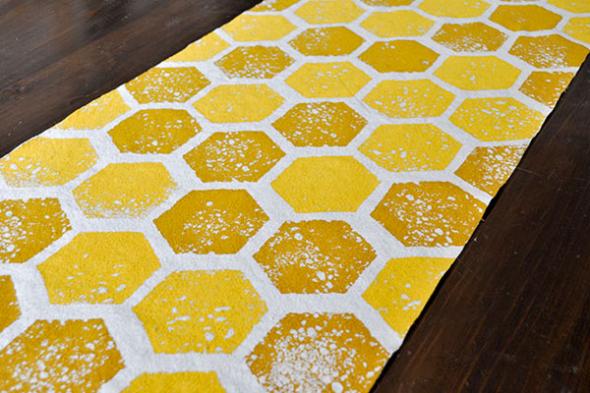 Or maybe a painting or a print like this one from Sharmilaw on Etsy. 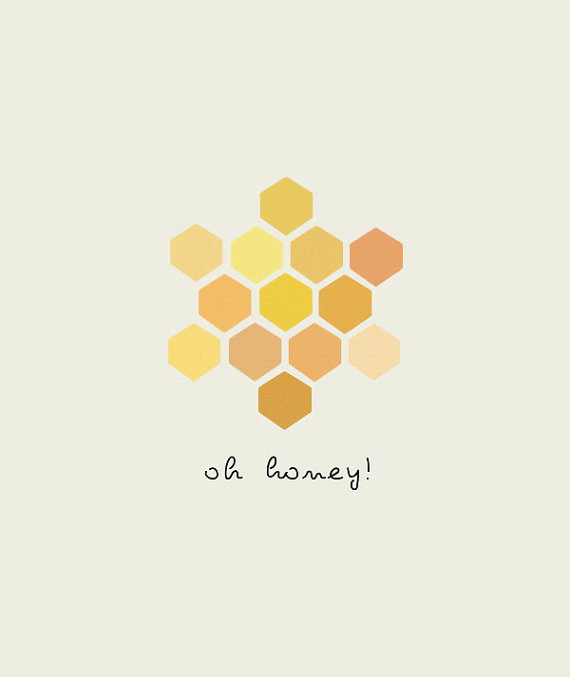 And if we’re still talking about wall decor, what about these beautiful glass honeycomb drops from BespokeGlassTile? 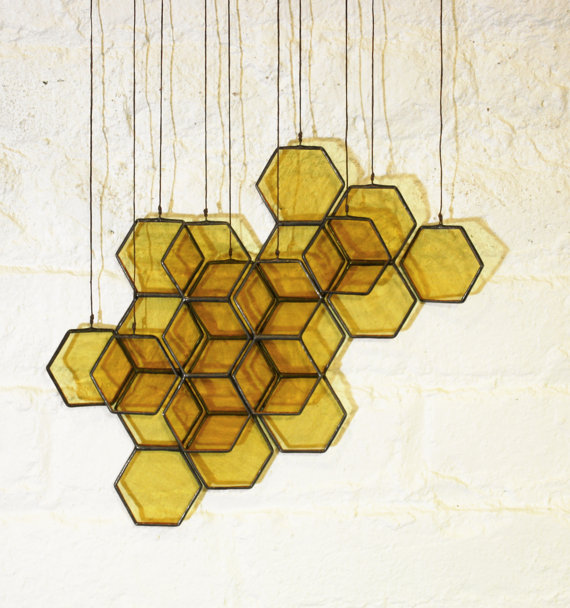 Last but not least, I was thinking about painting the bottom half of a honeycomb jar I’ve rescued from the kitchen, similar to this one here. 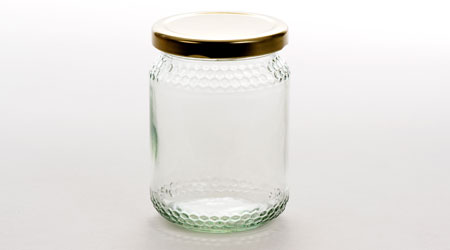 What about you? How do you feel about honeycombs?