I see that my last post was in October, when I made Laura’s mittens and shared the pattern I made up for her. Many things have happened on a personal level, but they say you learn from challenges, right? I am grateful to have knitting and making things as a tool to slow down and heal.

Instead of doing a massive recap, I’ll just slowly talk about the things I made and learned, one by one, as they come to me. Starting with the ranunculus.

The Ranunculus sweater, by Midori Hirose is so popular, that It doen’t need any introduction. Instead, I’ll talk about my journey with the pattern and how it took me no less than 5 tries to get it done.

I initially bought this with the idea of making it from my mom. She chose the color from Holst Supersoft and I wanted to make it for her before Christmas. I tried different needles, holding it single, double, I tried it in a bigger wool, and very time it was huge, or I had made a mistake I couldn’t fix and had to frog it. 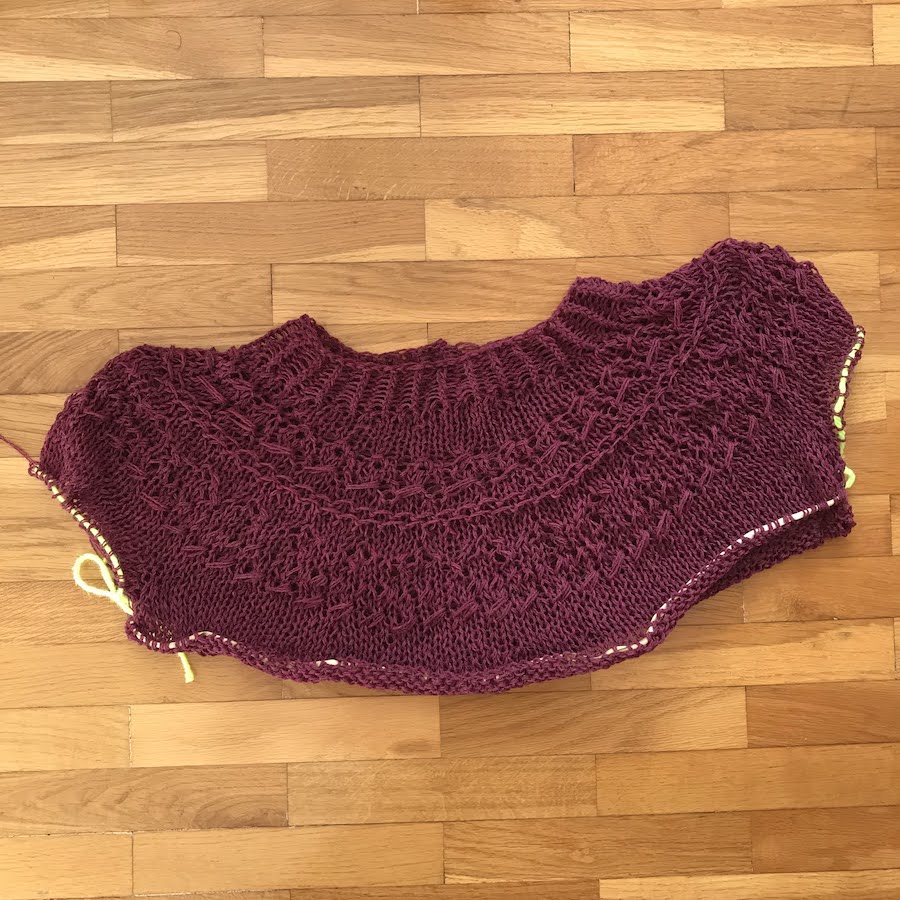 Then, on a rainy Saturday evening, I started dyeing wool in my stash I didn’t love. Dyeing wool on a rainy day is a terrible idea, so please don’t be like me.

I have this idea in my head that I want to reduce and use my stash. There are yarns I don’t love and don’t use, and yarns I love too much and don’t use. Does this happen to anyone else out there?

So that rainy day, I decided to pick some wool I had in my stash that I didn’t love. A part of it were small and very small cakes of Holst Supersoft in orange, pale yellows and creams. I had some leftover food colorant from a previous dye experiment, so I decided to just go ahead and see what transformations I can bring to this yarn.

(Dyeing wool with food coloring is extremely easy, and you don’t need to buy anything except the colorant. I will tell you more about this in a future post).

Turns out, I loved the colors that I had created from over dyeing the Supersoft. And I love the wool, but only had a small amount, so I thought, maybe it’s time to bring back out the ranunculus. It helped that in the meantime Midori Hirose had updated her pattern to include smaller sizes, so I went ahead and cast on, holding the yarn double, on 4.5 mm needles. 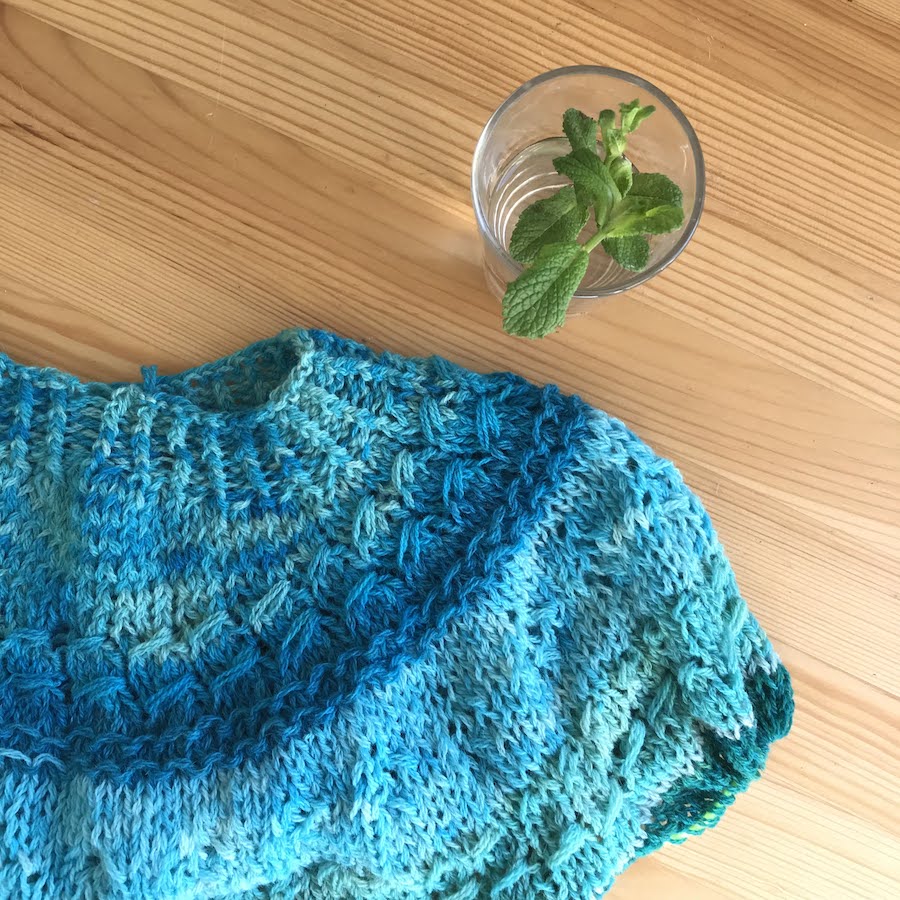 I played extreme yarn chicken with this project, and had to sneak some yarn that I had for another project, but it worked out in the end and I was able to finish it.

This time I took my time and paid attention to the pattern, and it worked, I actually made the ranu culus sweater. It’s true what they say, it’s engaging and quick to knit, especially the short-sleeved version. 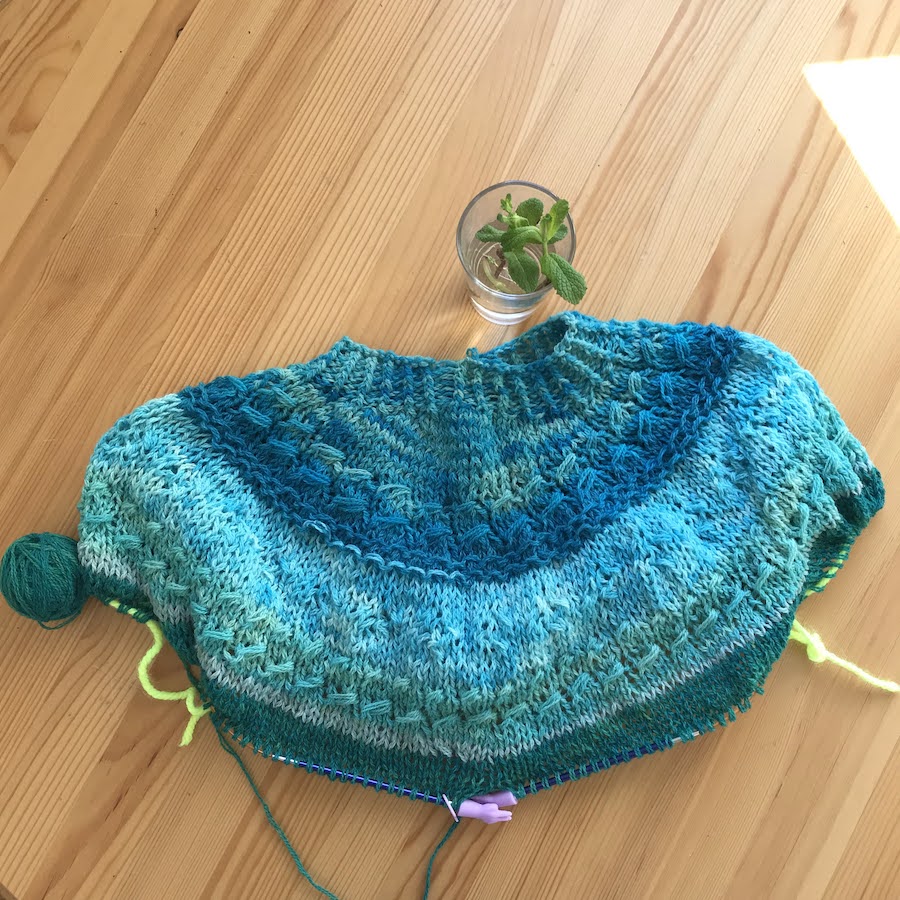 I was surprised that, by knitting the smallest size, the sleeves and bodice were quite fitted, the sleeves almost no positive ease, and then the body had maybe 10 if not more centimeters of positive ease. I don’t love the silhouette, but since it’s cropped, it works! 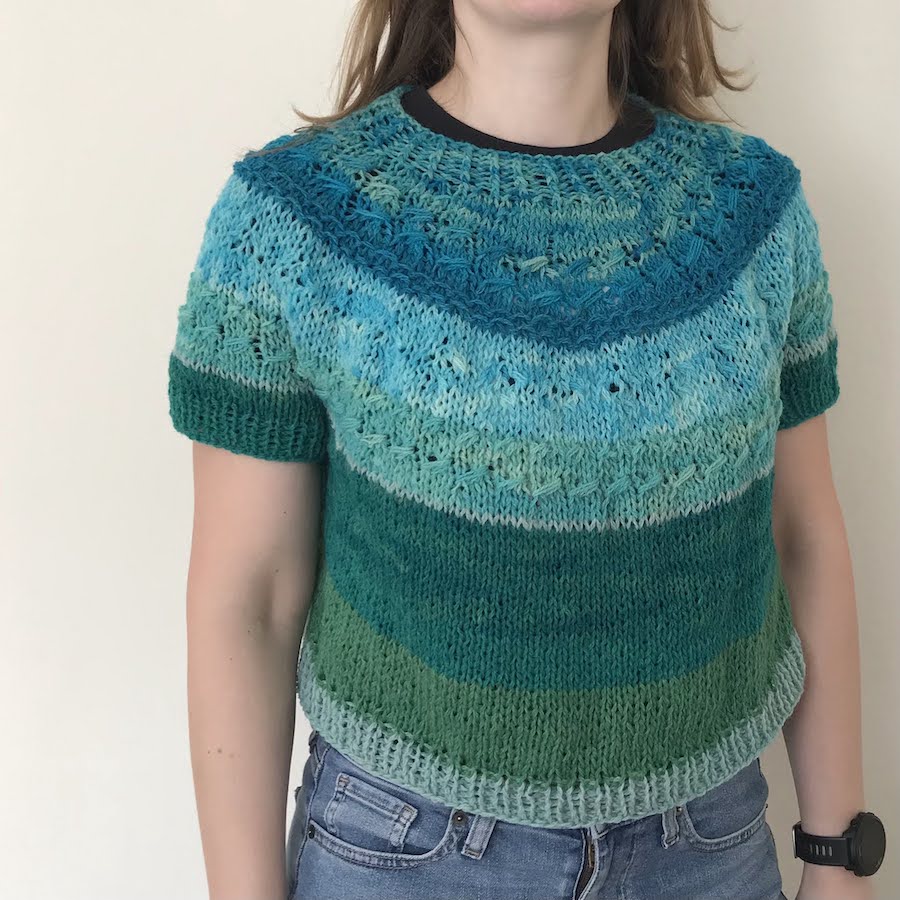 And that’s the story of the ranunculus sweater that almost never was!