One of my problems lately was fining really special buttons. I have a lot already, various colours and shapes, some with I am so in love that I cannot decide on what to use them. I bought a big bag of plastic beads and I made some coasters and pins, then I made some buttons from them. This is an example. If you like it, please  see the tutorial below:)

You might not be surprised to find out that The Mighty Internet is actually a good resource for sewing info and tips. I remember my own excitement a few years ago, when I discovered www.craftster.org. I thought I have reached heaven. There was not other place where you could ask silly sewing or crafting questions like: how do I build the bottom of a messenger bag whitout using interface:)

Buuut, today we will be talking about google books. Exactly. Put those glasses back on, because there are some craft books that you can read without going to the library and without making your significant other mad with the craft things you bring into the house. (Another craft book? But you have 100 already??)

Now you can use your own online personal library to store your favourite craft books.

I have some in my library and will be adding more. (Can subscribe if you want to:)

If you are a complete beginner you can try these two easy giudes: this one is better for understanding your sewing machine and the other one for shears and cutting techniques.

And if we’re talking about 101 sewing you can also take a look at this one about fabric, machine and sewing tools. Have fun:)

Theres is a website I have been following for a time now and the girls are getting better and better. Today they posted some pictures of new knitted bags, and I just LOVE them. They are lined and all. Take a look at their website and start happy-ing 😛

That moment when you have a lot of extra work to do and you’re wondering: why am I doing this? And moreover, am I doing the right thing? I’m cuddled on my white sofa, covered in the soft, baby blue blanket smelling of shampoo and I am procastinating. I find this story:

I’m usually up around 7am-ish checking my emails, going over my to-do list for the day and reading my daily blogs and websites while sipping some tea and munching a light breakfast.
The rest of the morning is usually spent packaging orders while picking up around the house. I take a break at some point to work out for a bit.
Lunchtime is spent with my wonderfully supportive boyfriend.
The rest of the afternoon I’ll either paint, work on digital illustrations, or design/print/package/photograph new items for the shop.
Then while cooking dinner, I update my shop with new items and “relists” and I finish up any emails for the day.
I usually don’t stop just because it’s 5pm, but I do move operations out into the living room. Normally during the evening I will work on sketches or line art for various projects, although sometimes I enjoy painting in the evenings too.

This is a normal day in the life of StephanieFizer, in an article on Etsy.

This sounds wonderful and I promise myself I am going to be more mindful about my free time in the future. Often people think of things that are obsolete, about their grandmother’s attic, about witches and about artisans when they hear the word craft. But the world is full of people who need to give more value, more depth to the simple things surrounding them. I read this post about a brewer in Italy, trying to change the vector and make his favorite drink, beer, as fancy as a stinky, old cheese.

I am now enjoying a simple glass of beer and thinking of Mr Musso’s delicatessen. Mmm.

These last few days were cold and rainy. Even though they were the perfect time to enjoy the smell of hot roasted chestnuts in yout chicken :D, i felt the need to do something to cheer me up. So I started doodling and made this embrodery patterns for you to download and sew!

This is an original artwork by SkyTurtle so please don’t use this pattern in any commercial purposes. Do use it to give a personal and happy feeling to the objects around you 😀

I specially reccomend them for pillows, scarfs, or tshirts.

So I present you: 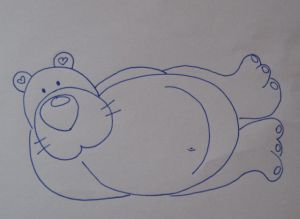 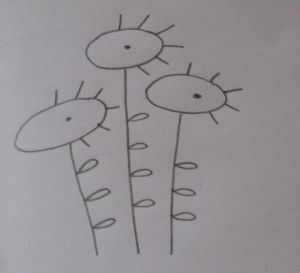 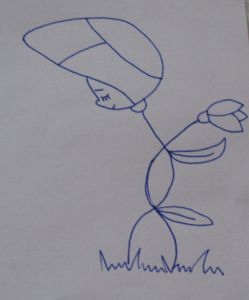 I would love to see your work!

One thing I noticed in the last few weeks living here, is that Barcelona is full of beautiful, sexy, tatooed girls. And I’m not talking about a 4/4 cm tatoo, of tribals or (fake) chinese symbols, I am talking about BIG tatoos. About floral, colorful, arm-dressing, neck-covering, back-loving allegories. Some visibly floral, art deco like, other more abstract, but mostly just nice to look at. Since my stuff are not here yet and neither the sewing machine (roar!) I thought I could show you one of my favourite skirts today – the green hippo skirt.

END_OF_DOCUMENT_TOKEN_TO_BE_REPLACED

Or at least for mine. I’ve been testing it for a month and a half now for the shop blog and now I am convinced that if you need a simple design, to show the best pictures of your arts/ crafts, this is not it.

It does not adapt to the width or height of your screen so you can find yourself scrolling just to see the whole picture. Linking between objects is almost limited to next next, previous, which starts to be disturbing after a while. Even the background color change is strange for me because the color chose in the background usually does not contrast with the image itself. Plus the color changing does not give it a fun, crips aspect, but a rather discontinuous one.

It’s hard to see the text and now I woudn’t use if even for a photoblog.

Now, as a disclaimer, this is just my personal experience with a theme I wanted to use in a certain way. I am not saying that the theme itself is bad, actually it’s pretty good and this is why i chose it in the firstplace.

I am now testing DePo Masthead, an interesting three column theme, where the columns are for posts and the navigation is much easier. Happy now, will see how it works.

Hello. The turtle is in Barcelona now. The weather is delightful and ideas come from everywhere. My sewing machine stayed home and the separation has become almost unbearable. Sniff sniff.

There are some shops I want to visit that I heard of from Craftster.

Mrrr. The turtle has to party now. See u soon:)