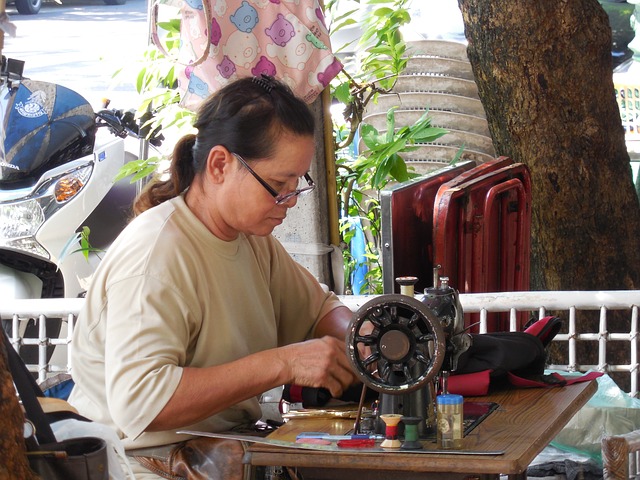 Have you watched The Great British Sewing Bee? I have just watched the second episode and I’m inspired to sew more and learn more.

The contestants are amazing. I don’t know how they could find so many beautiful and talented people who sew so well.

I think the challenges in the show are difficult because of the time limit. This can changes a person’s way of sewing completely. I am a rush sewer (not that I watched the show I know I can say that without thinking people thinking I am a hole in the pavement:) so I think I could have done well in some of the chalenges, especially the 1 hour ones. But for people who take their time (something I am trying to learn), having a time limit might make sewing very stressful. And many of us sew because we like to, not because we have to.

I’ll go back to how amazing these people are. I don’t even know if I could ever be as good and as methodical as Ann or as neat as Lauren. Stuart is fantastic; he’s witty and funny and such a quick learner, I think. Tilly is great too. I can’t believe she’s only been sewing for a couple of years, I didn’t know that. I really like her approach to pattern making, to construction, to sewing in general. She fits sewing to her purpose and her technique with her personality. I think she would have done much better if she was given more time!

My favorite sewer is Mark though. He seems like such a nice person, I really like his style and he seems to have a nice family as well. His costumes are exquisite, they must require a lot of work, lots of time and lot of attention to detail, which is something the judges have said he was lacking. I disagree. It’s just the time limit. And the types of garments that he has to sew. Why would Mark need to sew a skirt? I don’t know how to make men trousers, but I’ve made trousers before and they are pretty similar when it comes to pattern, construction and fitting issues.

What do you think? Have you watched any of the sewing challenges?

how to use a sewing machine, sewing, sewing techniques